The thing is, I no longer have a home. A building with intact windows and walls is still standing, but the feeling of security was gone once and for all when Russia attacked my country.

Bucha has always been a cozy little town near Kyiv. There is a vast park, lots of greenery and clean streets. You could see the words "quiet and peaceful neighborhood" on every billboard, and it was true until February 24. 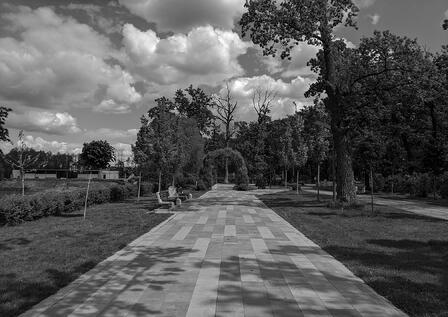 Not a one-day thing

That day I woke up and, as usual, read the news on the internet. They wrote about explosions in almost every major city in Ukraine. I wrote to everyone I knew, and everyone was more or less terrified. I asked everyone to come to me because my city seemed the safest. On the first day of the war, I treated it as some one-time action, a cruel joke that would be over by evening, as something that would never touch my loved ones or me. But it only got worse in the evening. The sounds of explosions grew closer and more frequent. My courage and bravery were leaving my body, and silent fear and dread began to flow through my veins in their place.

I couldn't stay in the apartment alone, and I couldn't bear not knowing what was going on and, more importantly, not knowing when it would end. In a calm voice on the phone, my mother asked me to go to the family of her former boyfriend, Borya, to make it easier for me to bear it all. She understood that this was not a one-day thing, yet I still didn't. And then I saw the first glow: a bright red sky that Instagram would have envied and a quick flash as if someone had just taken a picture with their divine camera. I know now that it was a shell hitting the gas tank of a tank or an APC, but that night it was my signal to run to where the people I knew were - to Borya's garage. 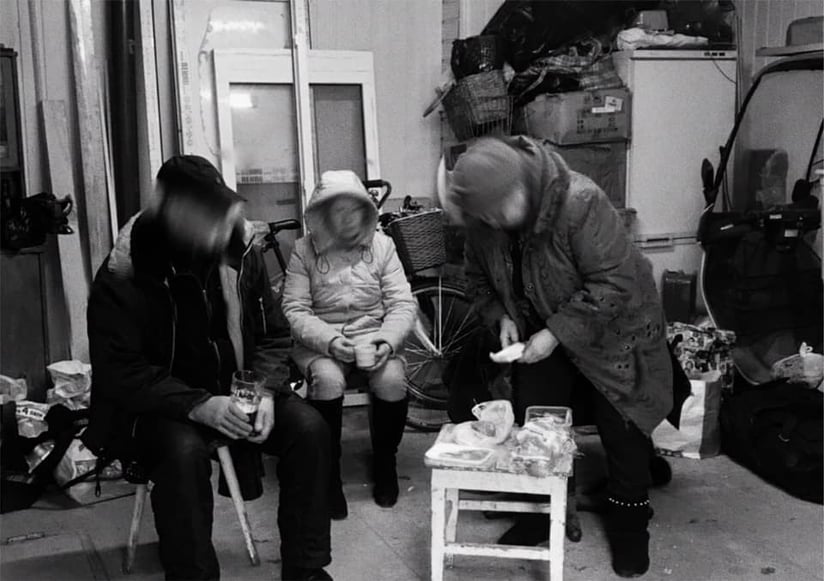 Hiding from the war

The garage is where we hid from the war. It's completely unsafe: the roof would not withstand even the smallest shell, and the walls would crumble from a sound wave. But the feeling that you weren't alone and there were five of you made it the safest building in the whole world. We sat there day and night, listening to the radio, eating, and playing cards. When the explosions were on, I would go outside to Borya. He would teach me how to tell who was firing and from where, what equipment, how to tell the speed of a cannonball by the seconds. It was there that I began to keep my little war diary.

"We took the table out to the centre of the garage, and when all together, we ate dumplings. Sounds awful: I've had, I think, a hundred dinners with my blood relatives, but I've never experienced such togetherness, enjoyment, and kinship. I don't know how I can thank these people at all." 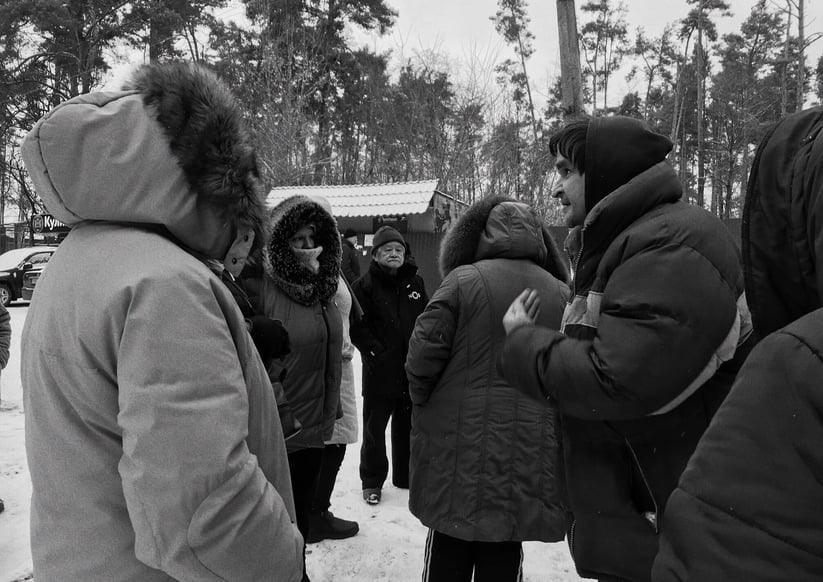 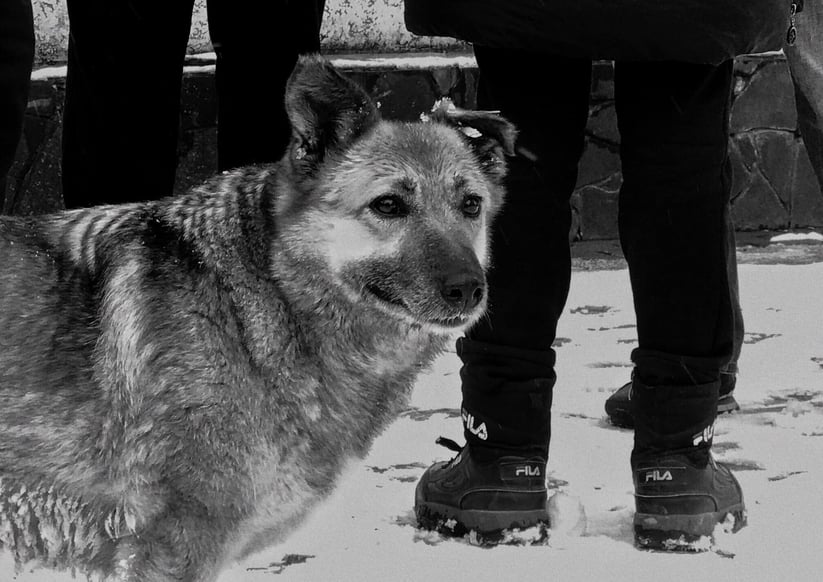 The third day of the war was a turning point for me. The sounds of gunfire became so close that the five of us, the joyful and laughing of our apartment building, fell silent. I remember the face of Borya, a man who had gone through the Donbas War, and it had turned gray and aged ten years. We climbed into the basement. On one side of me were jars of pickled tomatoes and cucumbers; on the other side were potatoes. It was cold; there was no connection. The only things I could hear were the sighs of my companions and the constant machine-gun fire somewhere outside.

"I'm sitting in the basement. Thank God I'm not alone. I've never been so scared in my life. I want to cry. I want to come out alive and hug my cat. But more than anything, I want to scream: "Mom, take me away from here."

I guess I got a taste of life at that moment. I thought that I wanted to hug my dearest person - my mother. I was kicking myself for leaving my beloved little gray cat Marusya there in the apartment and that I might never see her again. 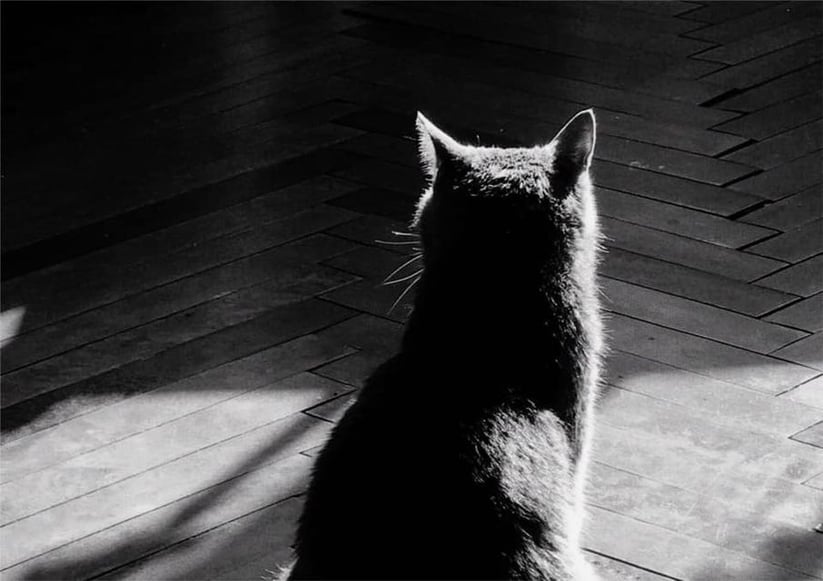 The war became a routine

"We had time to eat in the morning. I don't remember bread, sausages, and chocolate being this good. Instead of a toilet, a purple (my favorite color) bucket. Instead of happiness, an opportunity to get out and stretch my legs. Is it a whole house? We don't know. I hope so."

I had never been so afraid to die. I had never wanted to live so badly.

"I prayed twice. Not to any particular god, but."

When that hell was over, my grandfather called me. I come from Donetsk. My family is in two political camps. So talking about the war was always a game of Jumanji. My grandfather asked me how I was doing. And I answered that I was terrified and that I slept to the sound of explosions. It wasn't that I counted on his support, sympathy, or any show of affection. I didn't get much of that in peacetime either. But to hear him say, "You supported Ukraine, you asked for it. And we have been like this in Donbas for eight years." To my senses: in Donetsk, it wasn't even a gram as scary as it was in Bucha.

After that, the war became a regular thing. It dictated our daily routine:

It was almost a sanatorium for the body, and for the mental health, it was a chasm.

On the first day of spring, we lost power. Because of it, there was no water. The Russians were jamming communications. There was no gas either. I cooked on the fire and read books. It all felt like a movie or a book. The situation was too unrealistic, and the sensations were too vivid. 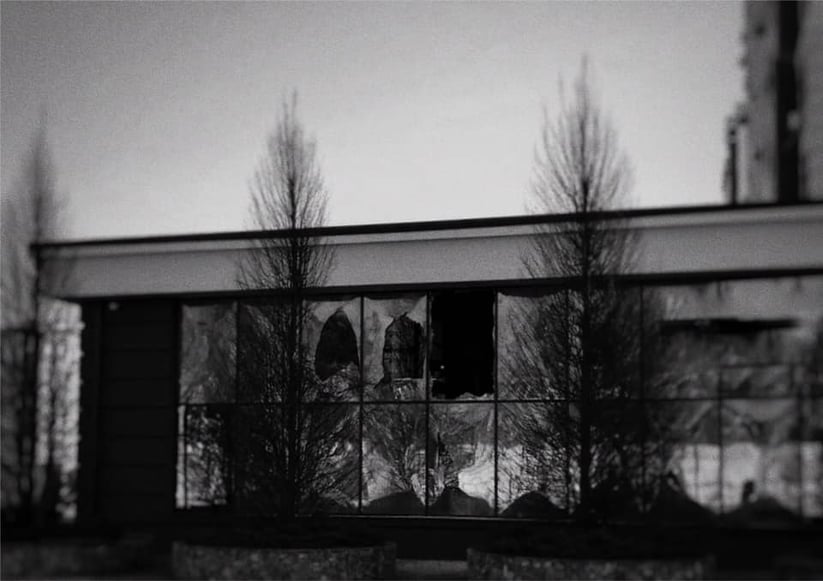 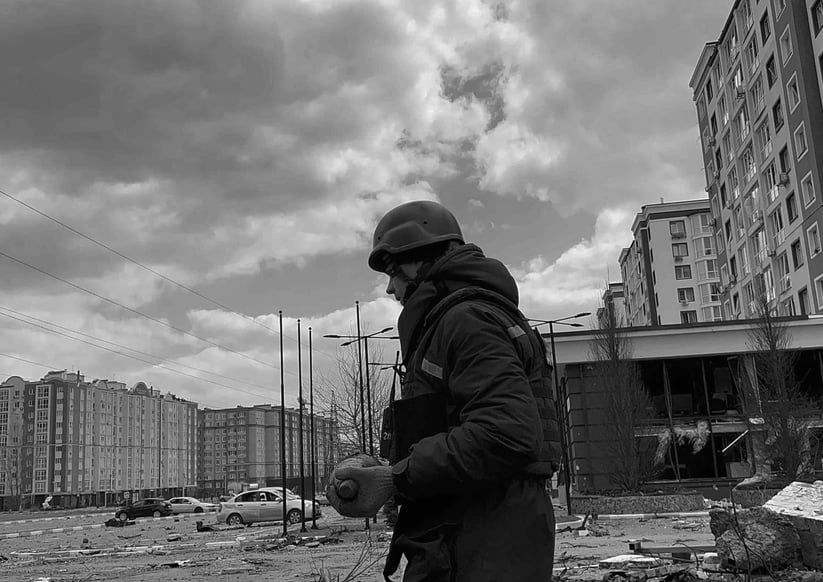 I love the Harry Potter books. The main characters' parents were named Marauders by Joan Rowling because they often stole magic potions and food. I was a Marauder in the war, too. I would go into stores with all their windows and doors broken, looking for something to bring home. We weren't starving, but everyone was aware that supplies would run out sooner or later. All the bridges with Bucha were blown up, and the town itself was under Russian occupation, although it was not reported on the news. I didn't want to do that. I was disgusted with myself. But I had a cat, and Borya's family had a chinchilla. Getting food was more important to them than moral compasses.

Many things became unexpectedly funny. I slept soundly on the sixth floor with my back to the balcony, never once thinking about the idiocy of the idea. I had lived in my flat building for a year, but I didn't know any of my neighbors by sight, and now I could name everyone's zodiac signs: Zhenya and little Anechka, Uncle Vasya, Angela-almost everyone. I stood in line for bread. I would be the grandmother who would tell her grandchildren stories from the war. Everyone I knew would do that —everyone who survives.

"Laughed today. I brought home two loaves of fresh bread. Suddenly I realized that I would be Grandma Katya, who at least once but will say, 'But we didn't have bread in the war.' I also had friends with typical names of nasty grandmothers: Toma, Nastya, Masha. I can see us sitting together at the entrance and discussing our mutual hatred of Russians." 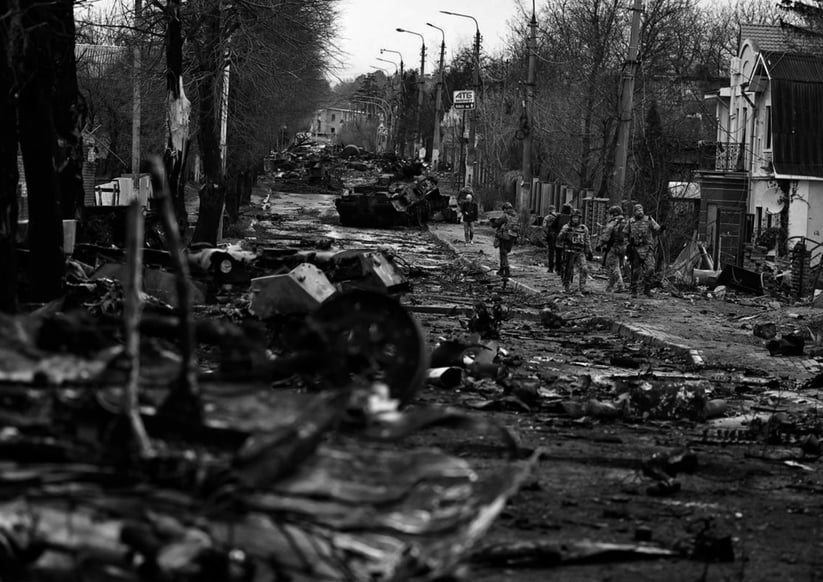 We looked for reasons to smile every day

We smiled. A lot and often. I made jokes as we hid in the basement of the entryway from shells flying over the house. The neighbor from the first floor, Uncle Vasya, turned out to be a saxophone teacher. He and I discussed classical music. And also promised that after the war, he would take me as his student. We smiled. A lot and often. Because there was no other way.

"We look for reasons to smile every day. We consider how perfectly blue the sky was yesterday. I can't help it when Yurii Borisovich [Borya's dad] can't pull up a sock or doesn't leave the house for an extra 40 minutes because 'it's shaving day.' And we are all stretched out in this dense, pleasantly red-cheeked feeling when Borya walks into the apartment - alive and well - and tells me after the news he heard over the radio."

I fled from Bucha on March 10. It was an unofficial evacuation, at my own risk. I heard stories about how the Russians shot people who wanted to leave the city. But when I've got an opportunity to try to do so, these stories dissolve like a morning fog. I had fifteen minutes to pack. I put on warm clothes, shoved my laptop (because it could be sold) into my backpack, grabbed my cat in a carrier, and went with a white armband on my sleeve.

There were 8 or 10 of us - I can't say for sure, because although we walked together, each was on his own and didn't pay attention to the others. We covered kilometers before we came upon a Russian roadblock. I mentally asked my cat not to meow in order not to create unnecessary provocation on our part. And she was silent. She was silent when we saw the special forces. She was silent when we walked down the street where there were bodies of civilians. She was silent as we ran down the road toward the Ukrainian flag. But she mewled when I put the carrier with her on the ground and hugged a soldier of the armed forces of Ukraine. I no longer had a home, but at that moment felt like home.

Together with my cat, we made it to safety. A few days later, my mother arrived there. A few more days later, I left Ukraine from there. And as I was on the road, I could only think of one thing. 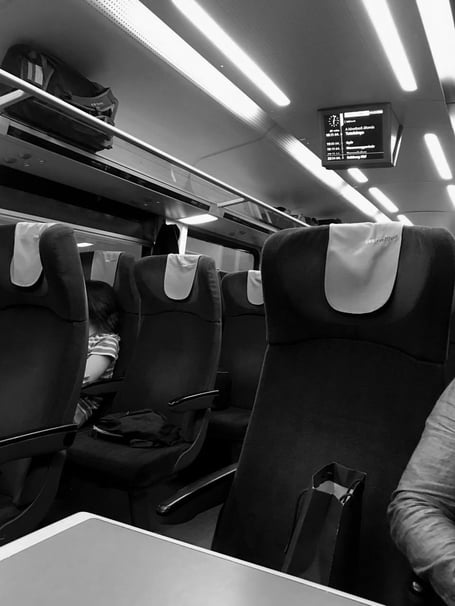 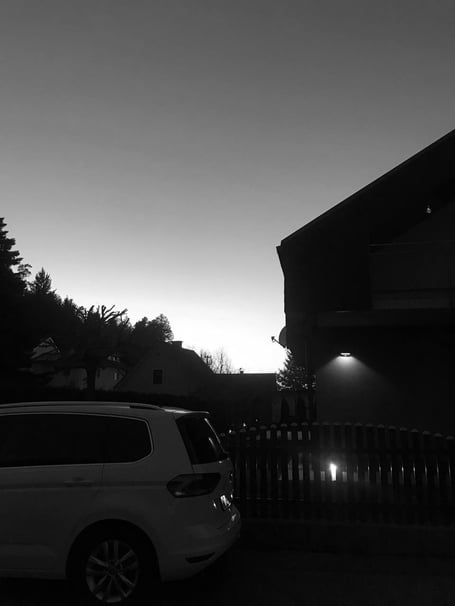 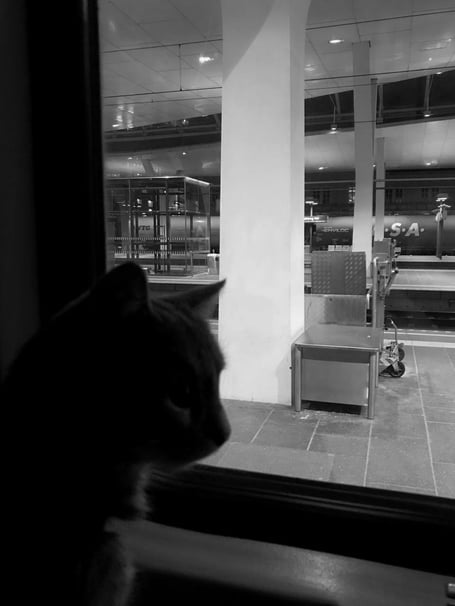 "I'm on the Budapest-Vienna train. In the window, fields fly by. They are very similar to what I saw when I left Donetsk. I won't tell anyone about it, I'll only write here. I shudder to think that the war will find me here too."

I am now in Austria with my cat. Going without her was not an option because she was almost the only meaning and incentive to hold on and not lose heart in the war. I would never leave her.

"I can't wait to get up to my home floor and squeeze one of my greatest assets in life, Marusya."

I'm trying to build a new life without forgetting the old one for a second. Sometimes I want to erase the war from my memory. But many things prevent me from doing so. Stories of friends. Photos in the media. Posts on social networks. The occasional and inexplicable tears roll from my eyes as I walk down the street. The permanent guilt that I am alive and many are not. 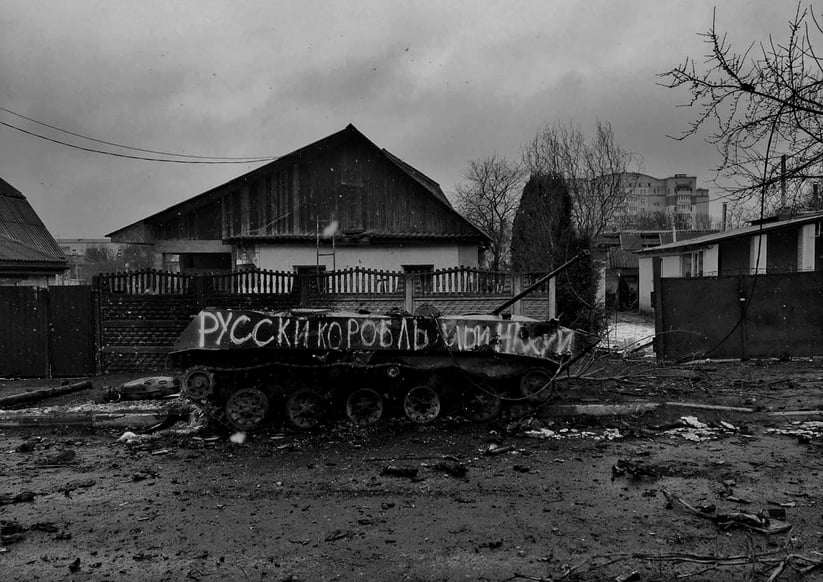 Yesterday was a sunny day. I was trying to find a local housewares store to buy a yellow mug. There are all the colors of the rainbow except this one. But I'll look for more because it's a big deal.

"March 6. Tatiana Leonidovna brought a bright yellow mug to the garage this morning. I hate the color yellow, but I'll probably buy one for myself if we get out of here alive." 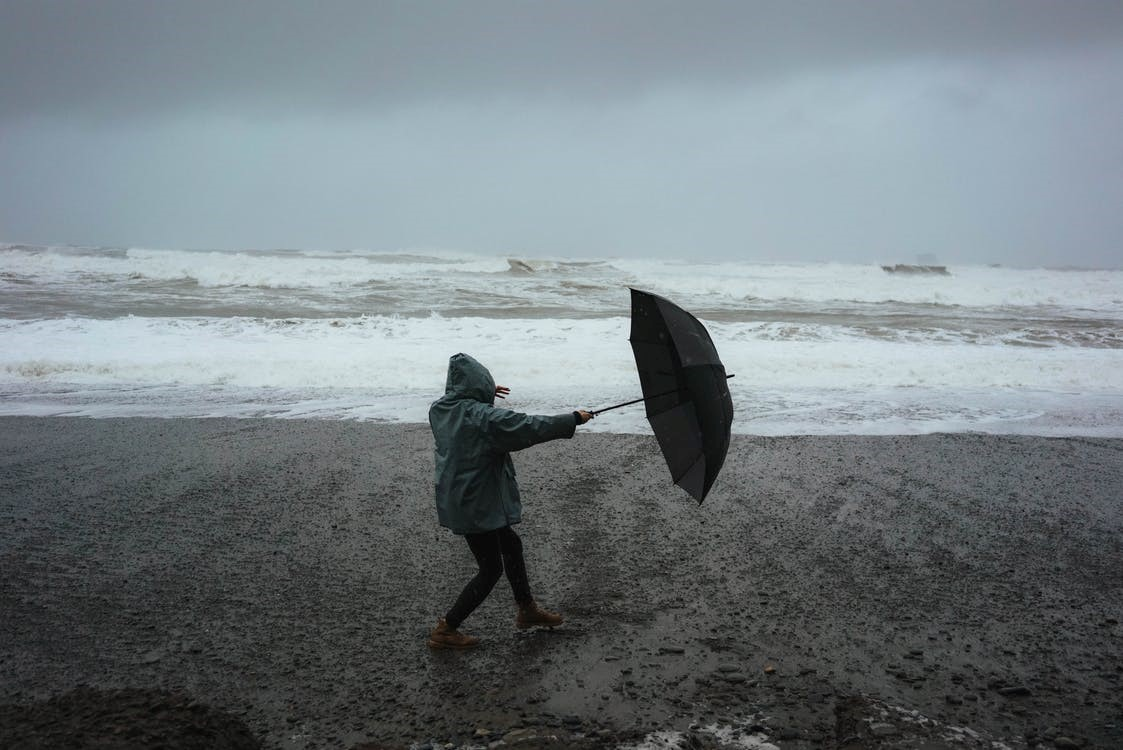 At the Same Time with the Wind and Against the Wind 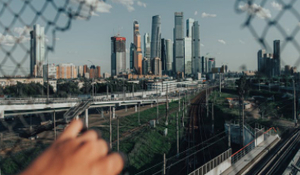 “Horizons Will Not Come To You; You Must Go To The Horizons!” 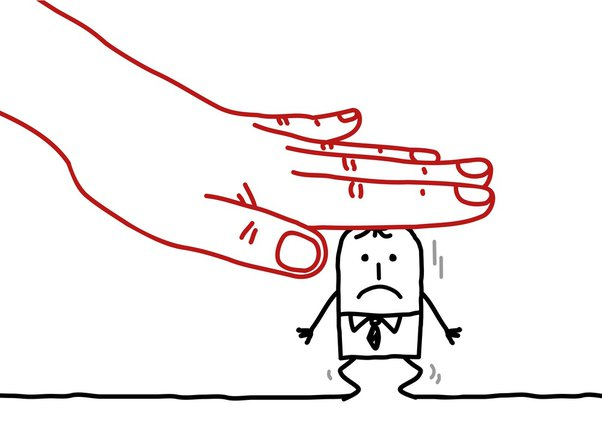